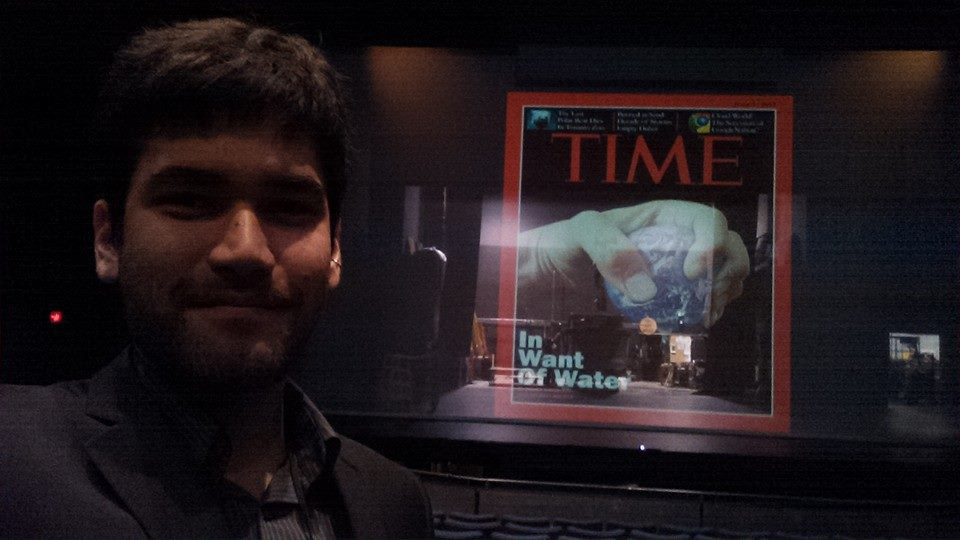 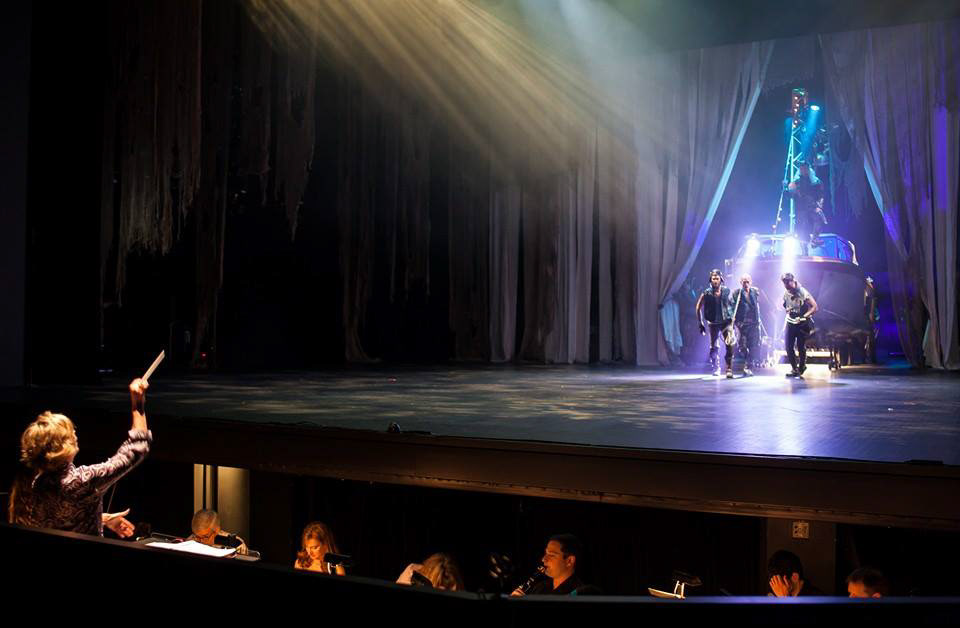 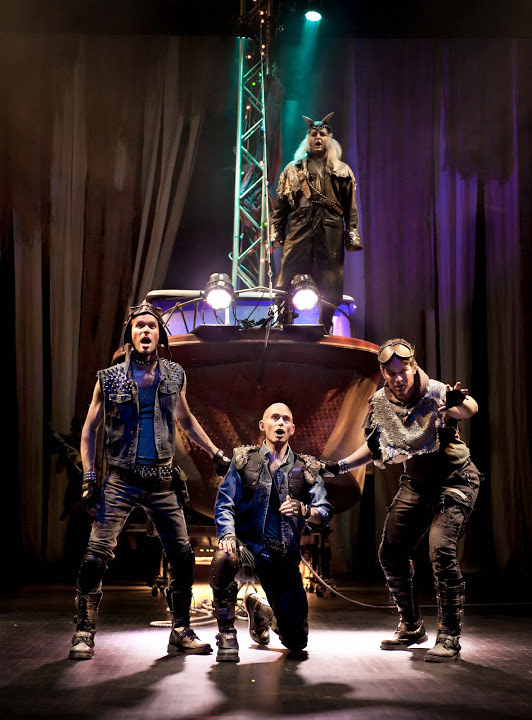 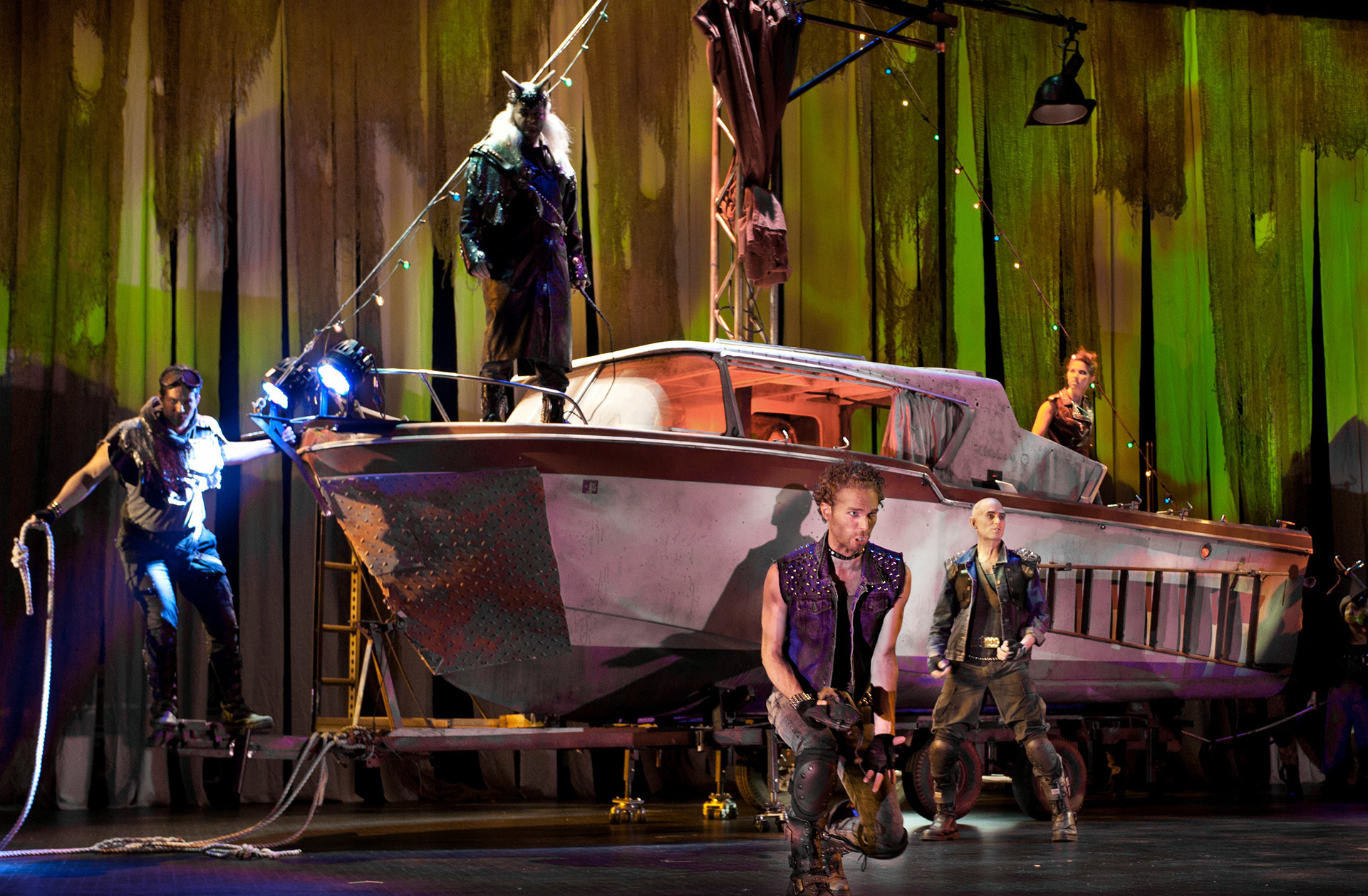 "The current Opera Parallèle production begins way before music director Nicole Paiement picks up her baton; it begins the minute you enter the theatre and face the futuristic magazine covers projected on the scrim.
Rolling Stone cover stories from December 5, 2049 (for a mere $24.99) blare out “Lars Colfer: A Look into the Prince of Aqua-Terrorism,” and “End of the Optical: Is Blueray Finally Dead?” Some headlines from the February 12, 2067 New York Times seem more of the same, such as “Rising Inflation Prompts Uncertainty in the Middle East.” Others, such as “5,000th Desalination Plant Opens,” suggest a future as grim as that of Mad Max Beyond Thunderdome. Vogue and Wired blare similar headlines, both timely and eerily spooky (Google Genetics and Advertising).
This pre-show immersion, a variant of which was also done with Golijov’s Ainadamar, whose ghostly figures wandered the audience, seeking a place to settle. These pre-show teases whet your curiosity and frame the experience to follow. No one does it better than Opera Parallèle." - Stark Insider
↑Back to Top